From the establishment of the first gay business on Castro Street (Peaches Dream Galleries) in the front rooms of Todd’s Victorian flat at 584B Castro Street in 1969 to the Posters for San Francisco’s Nocturnal Dream Shows (1970-1974), dream images predominated.

These recurrent themes were seen in Todd’s sculptures, photographs, and interiors of his Castro Street apartment. One such image was the moon as seen in a Cockette poster, an assemblage sculpture, a photo of the artist’s studio, and a advertisement for a San Francisco shop on upper Market Street:

Another such dream image was a dancing frog, found both in a Nocturnal Dream Poster and in an assemblage sculpture: 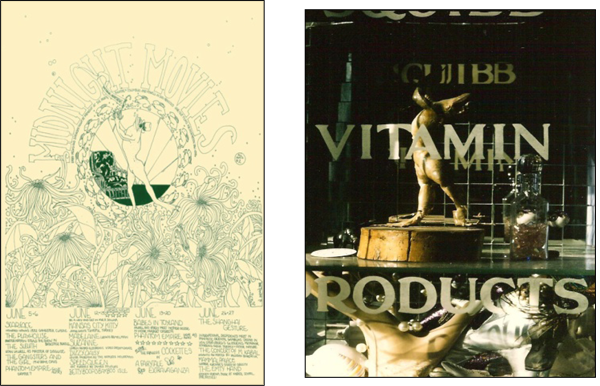 Todd also drew on photographic images of himself and his friends.
Here is the artist himself in photo and in poster art: 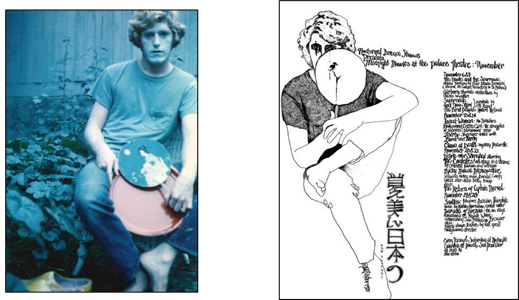 His friend Patrick Kennedy in an advertisement photo, pen & ink poster, and in a mixed media poster: 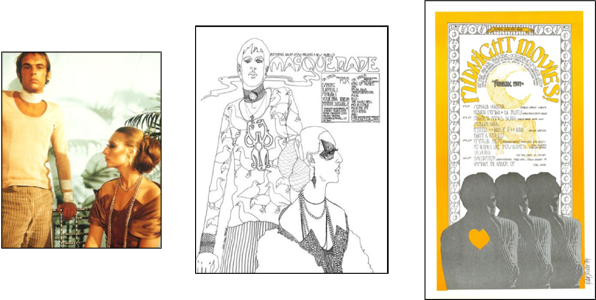 Other images appearing in multiple works include palm trees, birds, butterfly wings, stars, and other luminaries like John Rothermel, Divine, and Sylvester.